The ban has been imposed in parts of the capital Delhi, and throughout the states of Uttar Pradesh and Karnataka.

Mobile data services are suspended in some parts of Delhi close to protest sites. There have been days of protests across India, some violent.

Among those detained are Ramachandra Guha, a prominent historian and outspoken critic of the government, in the southern city of Bangalore; and political activist in Yogendra Yadav in Delhi.

Even this can happen in New India, police constables manhandling and arresting one of our most prolific and influential public intellectuals and scholars @Ram_Guha https://t.co/M2FTvOmRuC

But tens of thousands of people have still taken to the streets in Uttar Pradesh, Bangalore, Hyderabad, Patna, Chandigarh, Delhi and other cities – civil society groups, political parties, students, activists and ordinary citizens took to social media platforms such as Instagram and Twitter, asking people to turn up and protest peacefully. 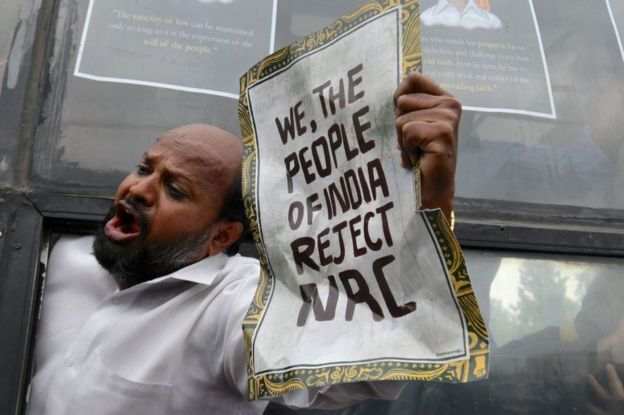 Hundreds of students, activists and supporters of opposition parties – carrying flags and banners – have gathered in Mumbai’s August Kranti Maidan. Bollywood actors and filmmakers are expected to join the demonstration.

Here’s what you need to know about why these protests are important. See you on the 19th at August Kranti Maidan, Mumbai. The time to protest on social media alone is over. pic.twitter.com/lwkyMCHk2v

The law – known as the Citizenship Amendment Act (CAA) – has sharply divided opinions in India.

The federal government, led by the Hindu nationalist Bharatiya Janata Party (BJP), says it will protect people from persecution, but critics say it’s part of a “Hindu nationalist” agenda to marginalise India’s more than 200 million Muslims.

The police chief of Uttar Pradesh, OP Singh, has asked people to stay away from protests. The police order, based on a severely restrictive law, prohibits more than four people from gathering in a place.

Police in other places – such as Chennai (formerly Madras) – denied permission for marches, rallies or any other demonstration. Officials say the restrictions have been imposed to avoid violence. 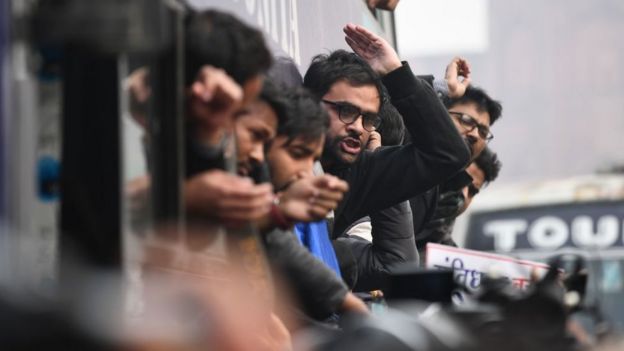 Police also put up barricades on a major highway connecting Delhi and the city of Jaipur and are checking all vehicles entering the capital. This has led to massive gridlock and many commuters have missed their flights.

A number of metro stations in Delhi have also been shut.

What is the law about?

It expedites the path to Indian citizenship for members of six religious minority communities – Hindu, Sikh, Buddhist, Jain, Parsi and Christian – if they can prove that they are from Muslim-majority Pakistan, Afghanistan or Bangladesh. They will now only have to live or work in India for six years – instead of 11 years – before becoming eligible to apply for citizenship.

The government says this will give sanctuary to people fleeing religious persecution. But critics say its actual agenda is to marginalise India’s Muslim minority.

The fears are compounded by the government’s plan to conduct a nationwide register of citizens to ensure that “each and every infiltrator is identified and expelled from India” by 2024. The National Register of Citizens (NRC) has already been carried out in the north-eastern state of Assam and saw 1.9 million people effectively made stateless.

The NRC and the Citizenship Amendment Act are closely linked as the latter will help protect non-Muslims who are excluded from the register and face the threat of deportation or internment.

Why are people protesting against it?

Given that the exercise relies on extensive documentation to prove that their ancestors lived in India, many Muslim citizens fear that they could be made stateless.

Critics also say the law is exclusionary and violates the secular principles enshrined in India’s constitution. They say faith should not be made a condition of citizenship.

However, Prime Minister Narendra Modi said the law “will have no effect on citizens of India, including Hindus, Muslims, Sikhs, Jains, Christians and Buddhists”. 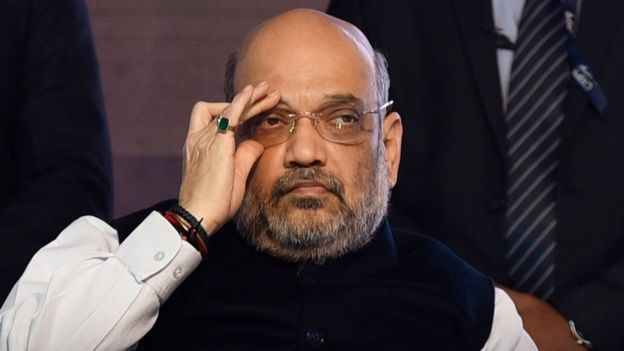 The prime minister also told his supporters at a rally on Tuesday that the opposition was “spreading lies and rumours”, “instigating violence” and “used its full force to create an atmosphere of illusion and falsehood”.

Home Minister Amit Shah told media that “both my government and I are firm like a rock that we will not budge or go back on the citizenship protests”.

Battlegrounds Mobile India: All You Need to Know

In Google Play Store, 29 Apps Are Banned For Spamming Users

View all posts by techymob →

2 Comments on “Indian police have detained thousands who defied a ban on protests against a controversial new citizenship law.”